“Naomi Jacobson gets the Judi Dench award for stealing the show in mere moments as Queen Elizabeth.” Nelson Pressley – The Washington Post

Jacobson is amazing and a pistol as she lends a voice to a generation that was once silenced by divorce and/or alcoholism.

Naomi Jacobson’s portrayal of the mad Queen Margaret sends shivers down your spine.          The Cavalier Daily

The revival’s heart beats especially tenderly, courtesy of the superb contribution of Naomi Jacobson, the admirably restrained work here of Jacobson not only skirts the more cloying possibilities, it also ensures that we experience fully the force of the show’s poignant authority. –Peter Marks, The Washington Post

“Jacobson is capricious and thoroughly unlikable as Mary Todd Lincoln, fluttering around the stage with the nervous anxiety of a basket case but with a cruel capacity to wound.”
Washingtonian Magazine

“Jacobson’s attention to detail in showing Mrs. Lincoln’s range of emotions at any given moment is something that should be commended. Her stage presence and charisma made scenes something to watch simply to admire her skill.”
Broadway World – Jennifer Perry

View From The Bridge

“Naomi Jacobson is impressively in control as ever.”
The Washington Post

Death of a Salesman

“Naomi Jacobson in a keenly acidic performance …a very funny compendium of every acquisitive, licentious and self dramatizing gesture we recognize as features of a peculiar brand of American solipsism…she seems to have stepped into Africa directly from the petites department of Nordstrom. Jacobson adroitly conveys something at once risible and monstrous: the cold hard core under Nancy’s soft shell.”
The Washington Post – Peter Marks

“Jacobson is a petite blond dynamo, …her performance is a comic marvel.”
The Baltimore Sun

“There’s both a solidity and vulnerability in Jacobson’s personable Widow that at once make her feelings seem authentic and yet allow for the possibility that she’s on the brink of drowning in her delusions.”
The Washington Post – Peter Marks

“Ms Jacobson shines…at times bitchy, funny and touching in her exploration.”
Curtain Up

“Jacobson’s Widow is a creature of lightning mood shifts, smiles fading in mid-syllable, eyes brightening with hope even as she’s descending into an anxiety attack.”
The City Paper – Bob Mondello

“Miss Jacobson’s interactions with Mr. Shiffman are so hilariously abandoned that you alternately wince at the sight of them and applaud their nerve.”
Washington Times

“Naomi Jacobson has a wickedly wayward way with brittle cocktail chatter, then breaks your heart without a word.”
The City Paper – Bob Mondello

The Psychic Life of Savages

“Naomi Jacobson plays (her) as a boozy sexpot, and it’s another one of Miss Jacobson’s beautifully nuanced, sharp yet vulnerable portrayals.”
Metropolitan Times – Nelson Pressley

“Jacobson, whose performances get deeper and bolder every time she appears in a play, is a sexy shrugging Anne, brittle but also lazy, drifting rather than plunging toward her destruction.”
The Washington Post – Lloyd Rose

“Jacobson is a veritable goddess of wrath. Have you ever seen Jacobson pull off a tantrum-ballet? … don’t mess with an irate Jacobson.”
Washington Post – Chip Crews

“There are some riotous sex scenes….and Jacobson is in her comic element.”
The Washington Post – Lloyd Rose

“Jacobson makes his wife at once kittenish and sex-crazed, overflowing with a desire that seems to surprise her…”
The City Paper – Bob Mondello

“It is fascinating to watch Naomi Jacobson, one of Washington’s most fearless comic actresses in such an oratorio driven work.”
The Washington Post – Pamela Sommers

“When Jacobson’s ramrod posture fails her in the second act…her collapse is harrowing.”
The City Paper – Bob Mondello

Scenes From An Execution

“Jacobson’s spirit and humanity loosen the rigid corset of Galactia’s integrity and the production is better for it.”
The Washington Post – Lloyd Rose

“The feral nature of Jacobson’s Galactia, (makes) her sexual aggression explosively immediate. Her love-making scenes are painfully real, at once passionate and hurtful, sexy and filled with contempt.”
The City Paper – Bob Mondello

“Miss Jacobson is an unstoppable torrent of defiance and dissent as Galactia.”
Metropolitan Times – Nelson Pressley

“And what pleasures are on display! Naomi Jacobson’s Madame Haughty is a poisonous bonbon packaged in blue-black and orange.”
The City Paper – Trey Graham 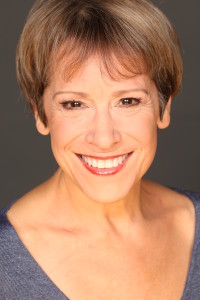 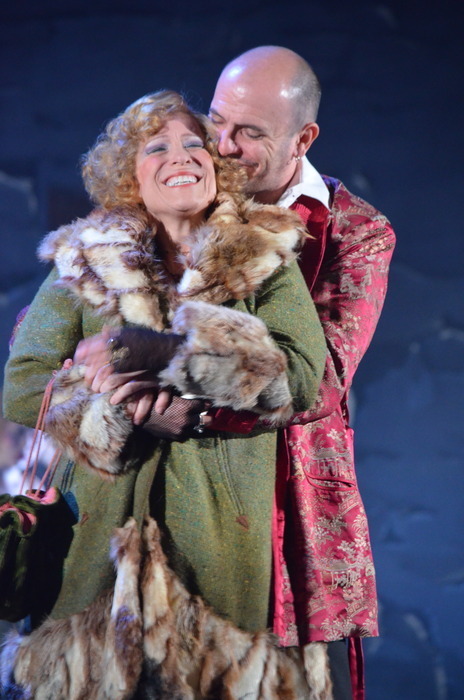 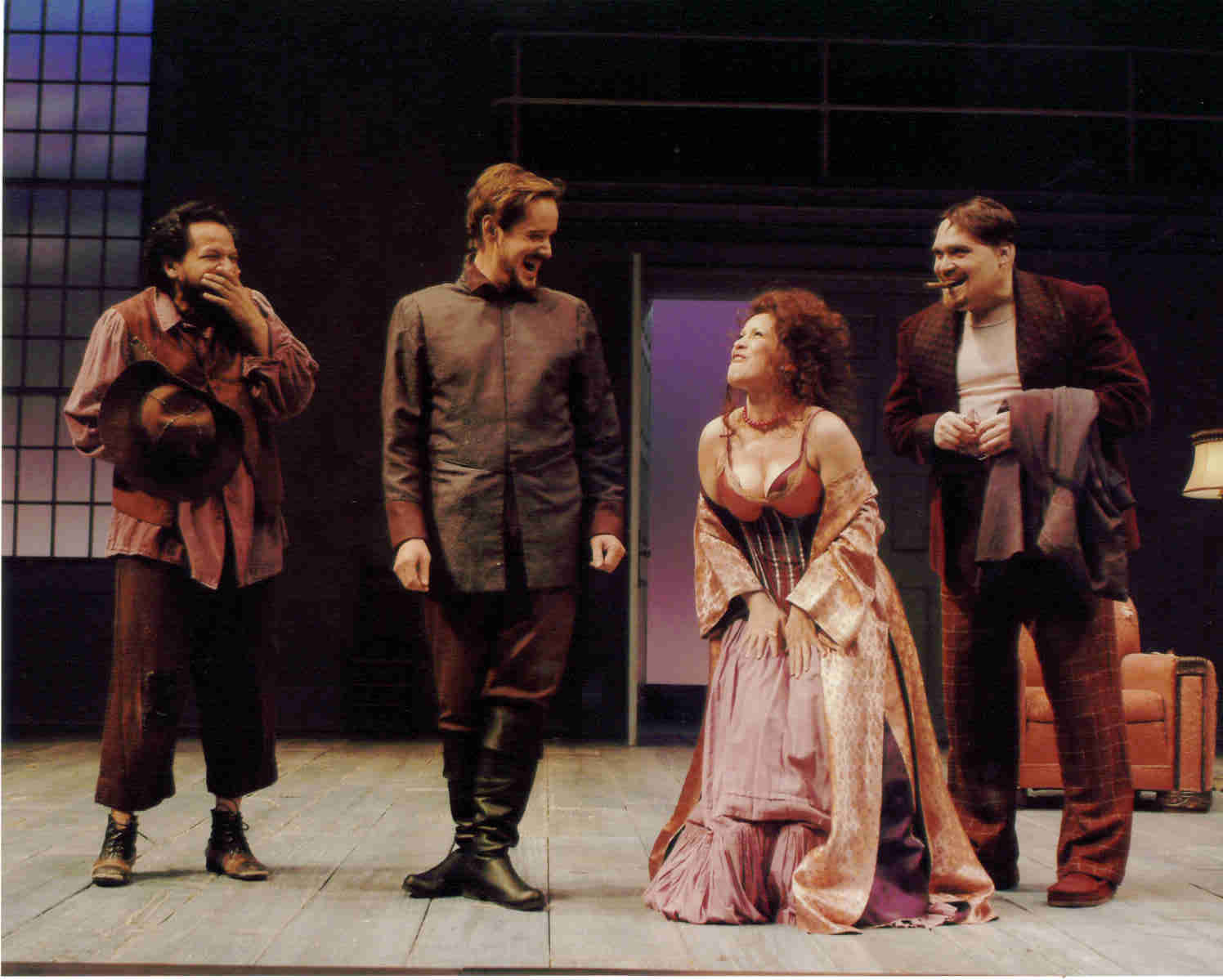 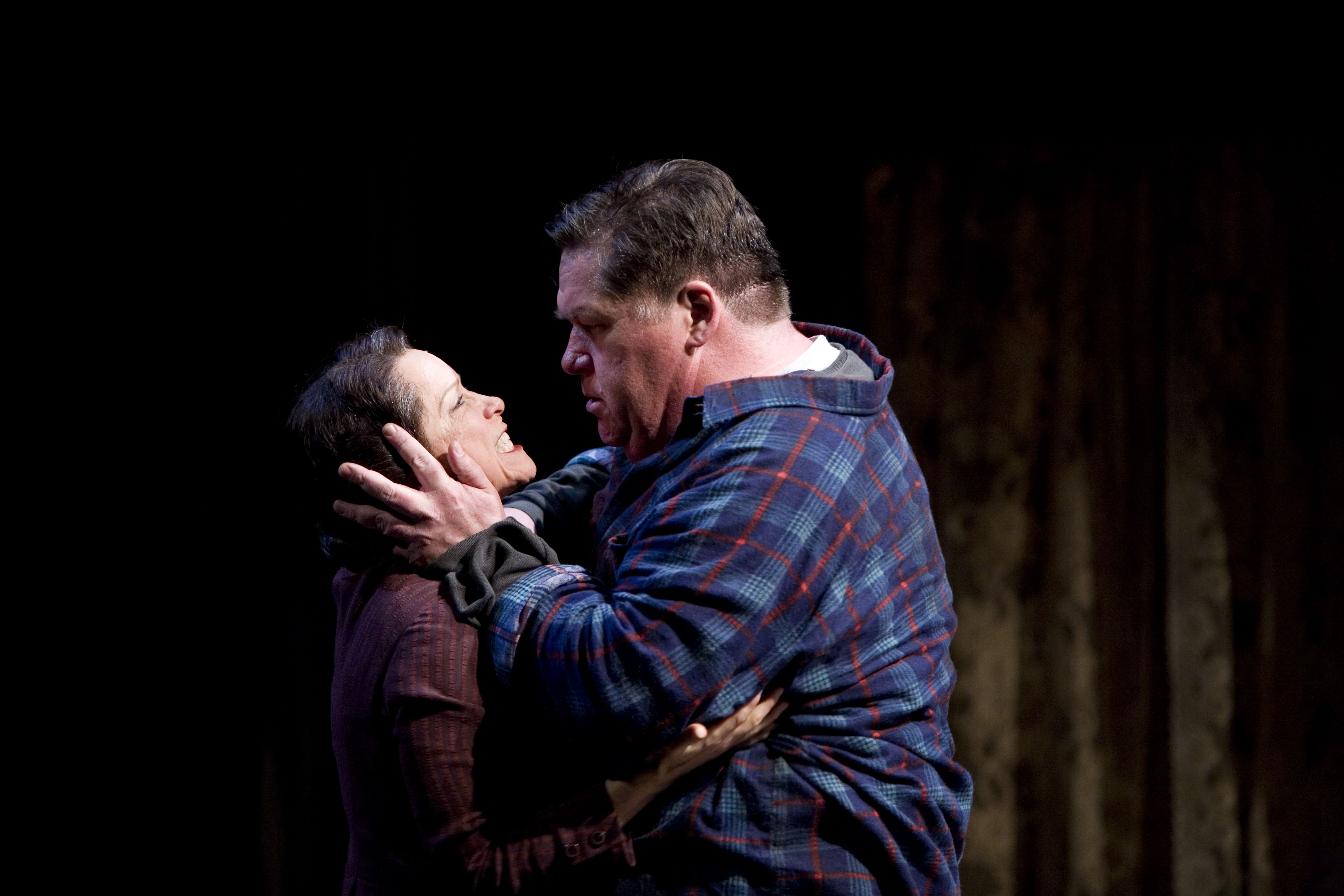 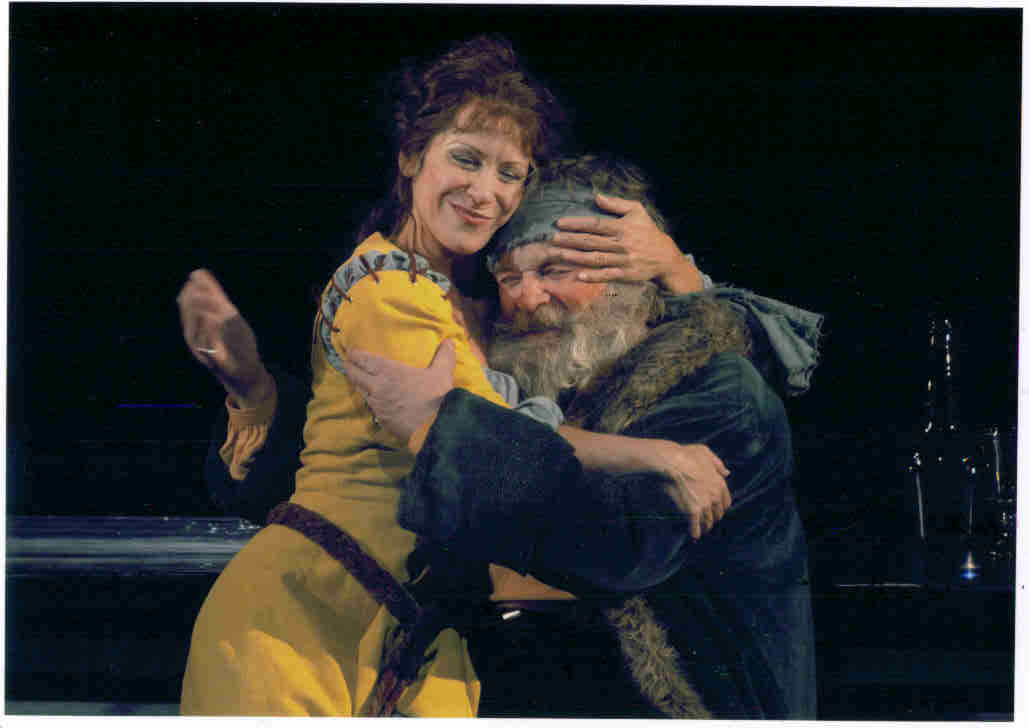 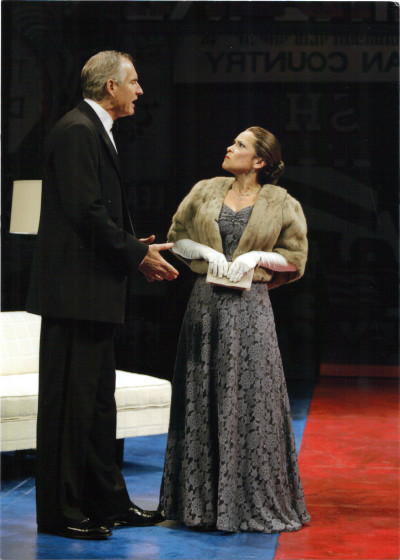 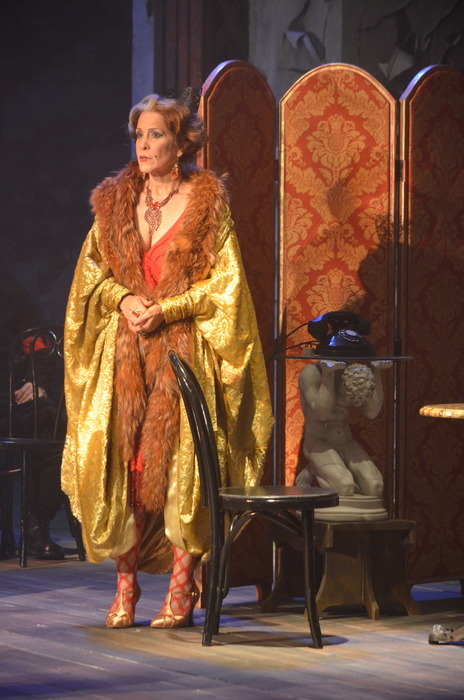 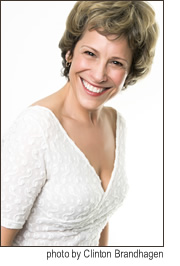